Below are photos from my recent (and first) cruise on Carnival’s Ecstasy. We left from Houston on Saturday, September 20th and returned Thursday, September 25th.

We visited Cozumel (awesome) and Progreso (not so awesome) Mexico. There were close to 30 friends and family onboard to celebrate our friend Clayton’s 30th birthday.

Afternoon drinks at JR’s in Houston 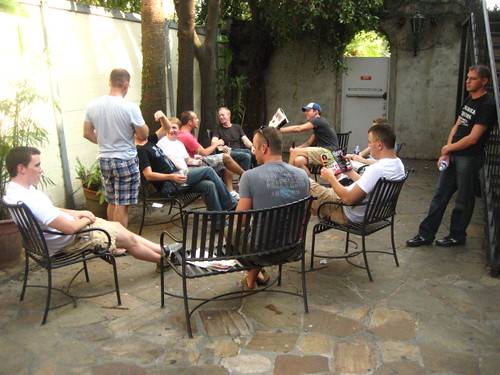 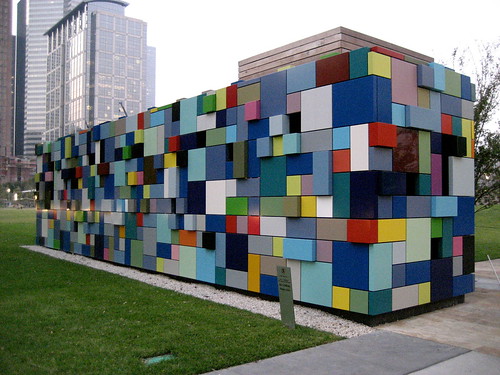 About to set sail on the Carnival Ecstasy from Houston on September 20, 2008 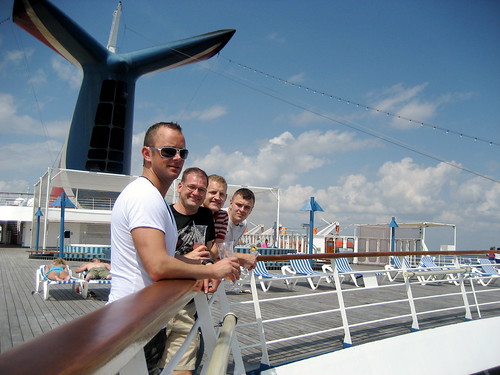 Mike and I in our cabin, aboard Carnival Ecstasy on September 20, 2008. 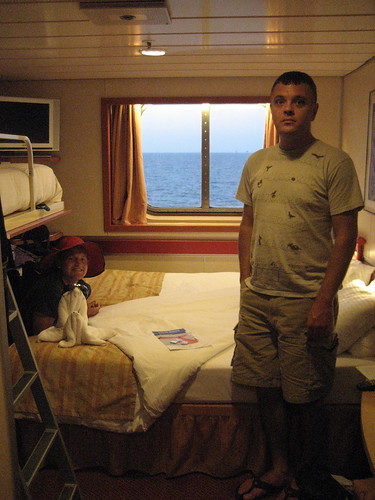 The gang at Society bar watching and doing Karaoke 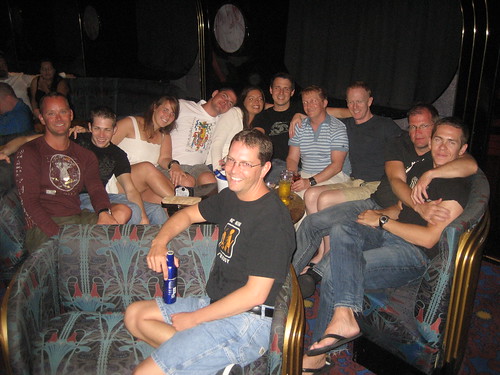 Matt, Josh and Dave at a show on Carnival Ecstasy 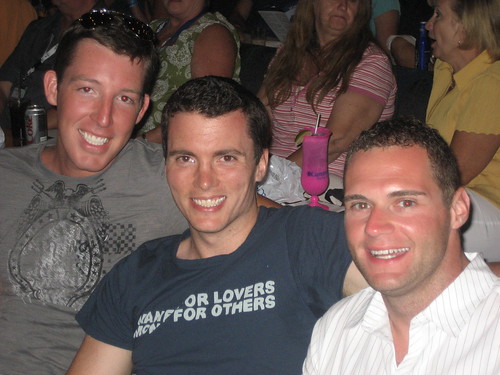 The gang at Stripes club aboard Carnival Ecstasy 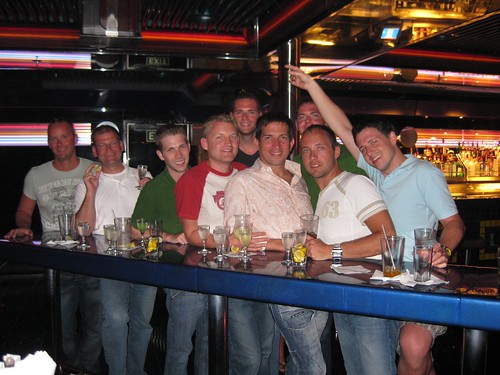 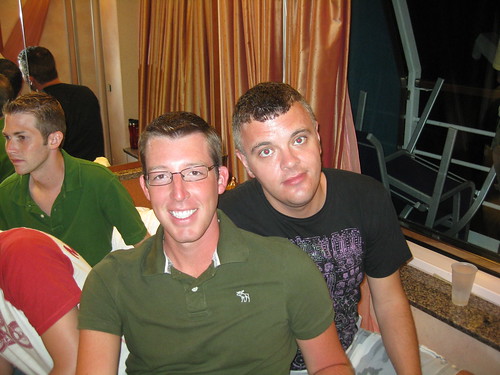 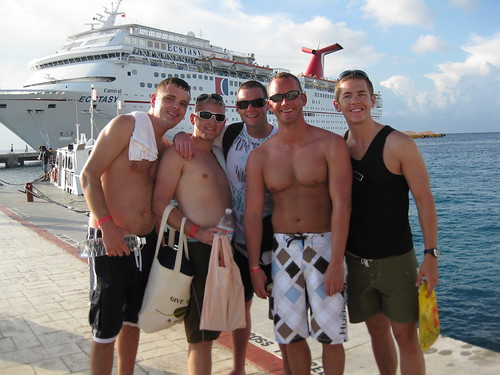 Socializing with the help at Stripes club 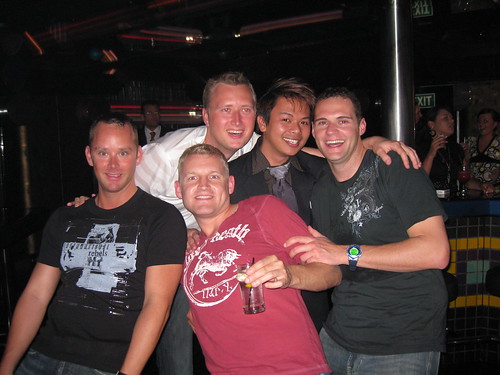 Who says you can’t drink during the survival drill? 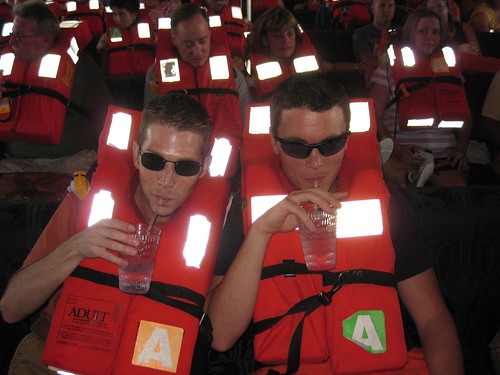 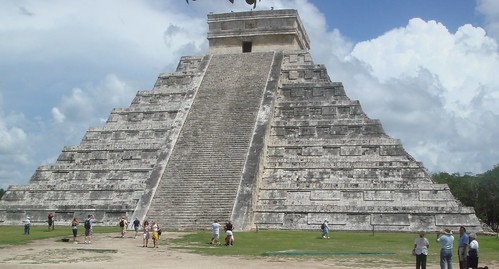 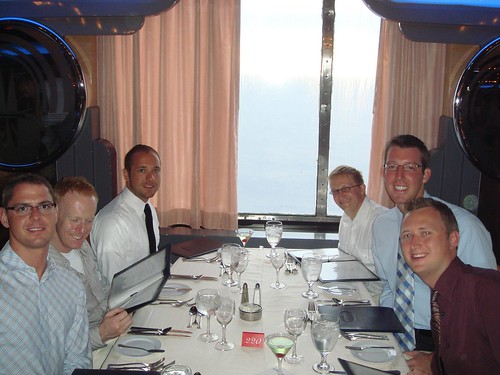