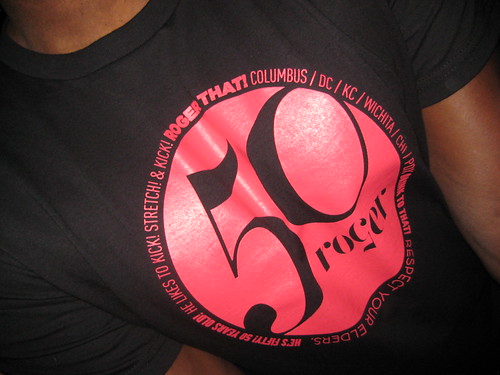 My great friend, Roger celebrated his 50th birthday in October this year. Our birthday gift to Roger was a weekend surprise party with twenty-five of his friends in Chicago, Illinois.

Most of the group at Roscoes on Friday afternoon. 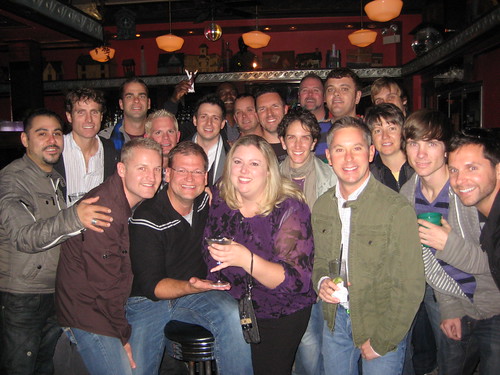 Roger thought only five of us were coming. We met with Roger at the hotel, then went to Roscoes (a neighborhood bar). Everyone else formed a long line on the street, then walked into Roscoes for the big surprise.

Roger’s reaction is captured in the video below. He falls to the floor before we reached him with the camera. Yes, he was indeed surprised.

The group at dinner on Saturday night. 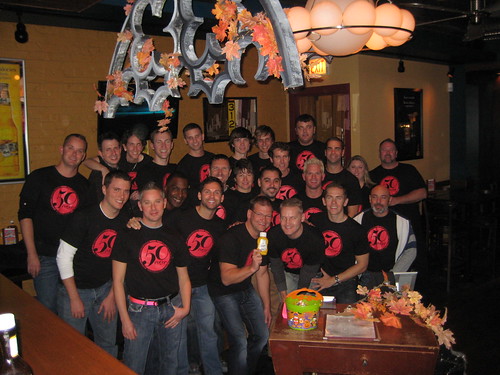