One thing that started racing through my mind in early-April was the fact that I’d be riding from San Francisco to Los Angeles, along with 2,500 other riders from around the world. I wanted a way to identify with Kansas City. I reached out to a handful of local businesses who generally support the cycling community, in hopes of finding a Kansas City sponsor, for my mostly California-based AIDS/LifeCycle team, The Pork Pedalers’. It was exciting to hear back from two that mean a lot to me.

Thank you SPIN! Pizza and Gail Lozoff, not only for sponsoring our team and AIDS/LifeCycle, but for everything you do for the Kansas City cycling community. My younger brother Blake got me back into cycling in 2010. It was the weekly SPIN! Pizza bike rides, which inspired me to get more serious about it. I purchased my first road bike in August 2011, and have been enjoying it ever since. 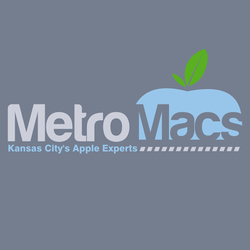 The second sponsor is my friend Shane’s business, MetroMacs. MetroMacs provides Mac, iPhone, iPad service and support in Kansas City. I’ve known Shane since middle-school, so his support meant a lot. He recently purchased a bike, but is having trouble finding time to commit to riding. Maybe some day he’ll join me on AIDS/LifeCycle!